This site uses cookies.
By continuing to browse the site you are agreeing to our use of cookies. Close 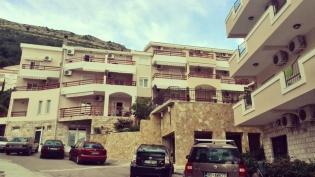 15 km southeast of Budva and Petrovac is ( Petrovac na Moru ) . It is one of the most visited Montenegrin coast , in particular the family of a sandy beach dziećmi.Miasto , lots of greenery (including olive groves ) and numerous facilities for tourists. Venetian fortress ( now an exclusive bar) on the rocks at the edge of the bay did not like the fortress. It approaches a stone path at the rear of the surrounding buildings , to see the impressive cliff , on which the waves break (very photogenic place).

The oldest mention of sediment derived from the twelfth century , although it is known that already existed in Roman times . In the fourteenth and fifteenth century, built the churches of St . Ilije and St . Thomas, standing in the western part of the city . The settlements on the sea began to develop much later - in the late eighteenth century, roughly 200 years before the Venetians built a fortress on the Gulf of Castel Lastu . Its name later moved the entire city , which was named as the 1919

Our apartments are between 20m to 70m.

We also have a 40m ² swimming pool with jacuzzi.

Prices depending on the date for the apartment three, five, an eight bedded for the night from 16 euros to 80 euros.


Prices depending on the term for apartment 2-seater:

The attached pictures are sample pictures of our apartments. In order to see specific images chosen by your apartment, please contact us at our e-mail: info@apartamenty-czarnogora.pl